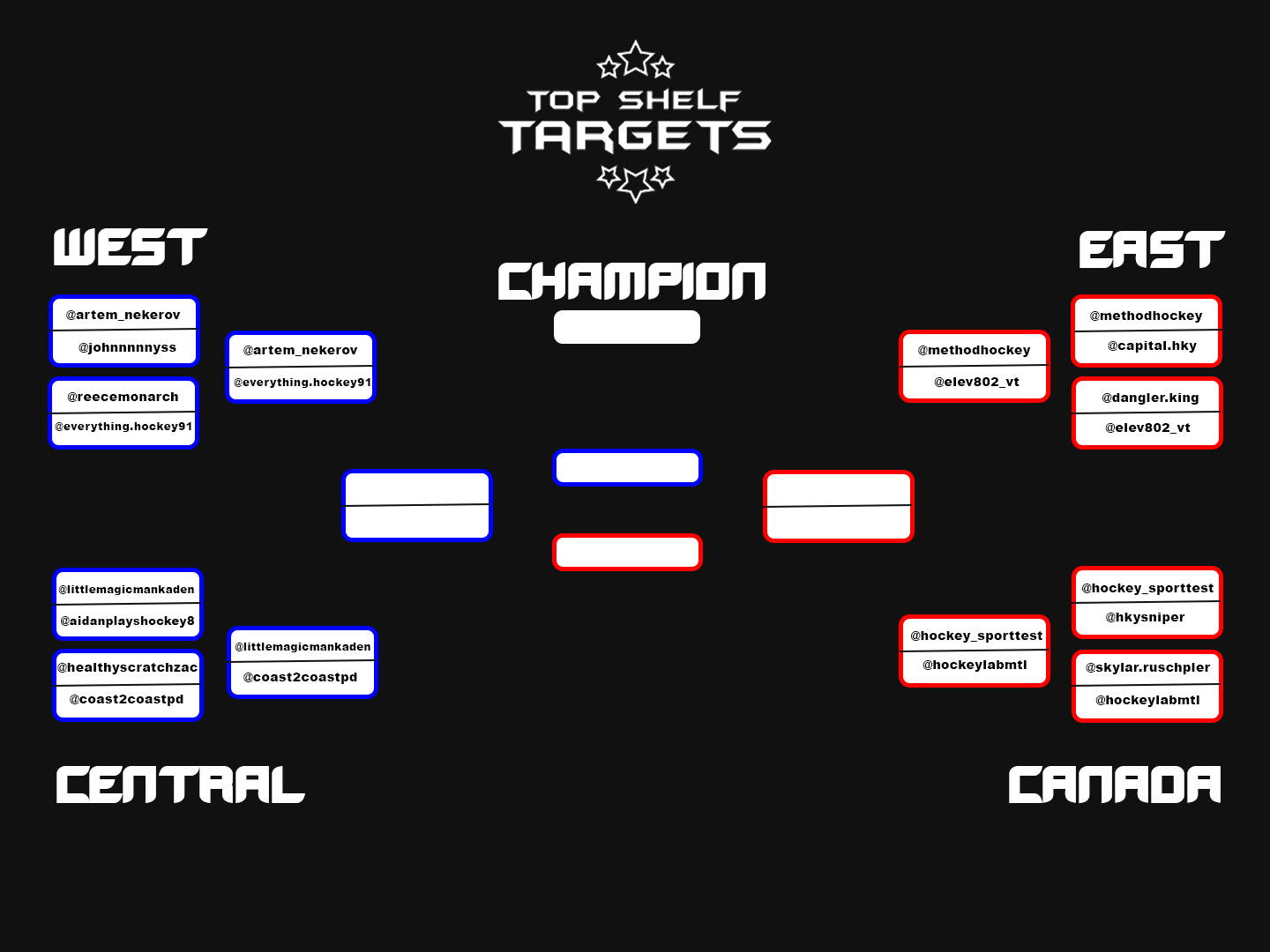 It is basically H-O-R-S-E for hockey. Coin toss decides who shoots first. Player must call the target and shot-type before shooting. If the first person's shot is missed, the second shooter may attempt any shot. If his/her shot is made, the opponent is obligated to duplicate it. Each time a shooter misses a shot that he/she attempted to duplicate, a letter is "awarded". The game continues until one person accumulates 4 letters or G-O-A-L. Set up rules: at least 12 ft from net or determined distance. If you hit the post and a target falls it does not count and you can reset the targets at any time.